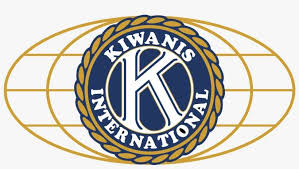 Brendan William O’Connor, 83 of Tarpon Springs passed away on August 11, 2021.  He was born in Brussels, Belgium to his parents, William Leslie and Marjorie (Beetham) O’Connor. He grew up in Herford, UK.  He immigrated to the United States at age 26 and later became a citizen.

Brendan settled in Chicago and was owner of O’Connor & Associates, a wholesale floral accessories and giftware business located in Chicago and Gillman, Illinois.  He was an active member of the Chicago British Club, and the Oak Park Kiwanis Club.  He was a life member of the International Kiwanis Club. When he retired in 2007, Brendan moved to Tarpon Springs, FL. and met his wife Mary at a Tarpon Springs Kiwanis Club meeting.  He became the Florida Kiwanis Division 12, Lt. Governor in 2010- 2011.

A Memorial Service and Interment will be held on October 9, 2021 at 11 am at the Episcopal Church of the Holy Spirit, 601 Phillipe Parkway, Safety Harbor, FL 35695.  Contributions may be made to the Church Endowment Fund in Brendan’s memory.

To send flowers to the family or plant a tree in memory of Brendan William O'Connor, please visit our floral store.

A Memorial Tree was planted for Brendan

Join in honoring their life - plant a memorial tree