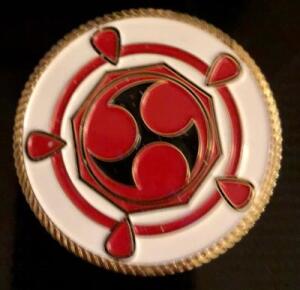 Steven Anthony Brigante, 54, of Palm Harbor, passed away on Friday, November 5, 2021, after a short battle with pulmonary fibrosis. Steve was born in, St. Petersburg, on November 26, 1966. He was lovingly adopted by his forever parents, Frank and Melba Brigante. He graduated from Tarpon Springs High School in 1984 and proudly served as a United States Marine in Okinawa, Japan. He was a strong representative of Uechi Ryu Karate. He was proud to be a member of the Kenyukai Dojo. Uechi Ryu Karate was his passion. Sensei Kiyohide Shinjo was his mentor. He was a dedicated student under Sensei Ric Martin and a highly respected Sensei to his students. Go-Dan Shihan 5th degree Master instructor. Steve was a fighter and a true warrior. He was a big teddy bear with a heart of gold. He would do anything for anyone. He was a strong fighter and fought as hard as he possibly could all the way to the beginning of his new journey. Steve is preceded in death by both of his parents, Frank and Melba Brigante. He is survived by his life partner, Lisa Shomada; Lisa’s son, Ryan Mahoney; his sisters, Lynn Serio and Dawn Richardson; his Kenyu Kai Brothers (Karate family) and friends all over the world.

An open house Celebration of Life will be held on Friday, November 26 (Steve’s birthday) at the home of Lisa Shomada and Steve Brigante; 3721 Farnham Court, Palm Harbor, 34684; Please stop by anytime between, 11:00 am and 3:00 pm, to remember Steve and share your memories.

To send flowers to the family or plant a tree in memory of Steven Anthony Brigante, please visit our floral store.