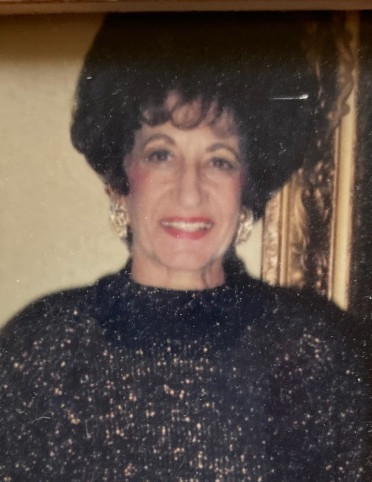 On December 1, 2022, Esther Gerakios, 92, of Clearwater, Florida, died peacefully in her home surrounded by love. She was the daughter of sponge diver and captain of his two boats, Anastasis Kotis  and matriarch/ homemaker extraordinaire, Anna (Karagiannis) Kotis. Born in Tarpon Springs, Florida, on May 1, 1930, she was a proud first generation Greek American.

She is pre-deceased by her high school sweetheart and beloved husband whom she married in 1953, Steve Gerakios; her two dearly loved brothers Steve and Billy Kotis, and her adored son-in-law Nick Arfaras.

Esther graduated from Tarpon Springs High in 1948, a straight-A student with an aptitude for accounting and a desire for a higher education. She would have excelled in college had that been an option for her. Despite this, she found a way to shine in the business world at the Minute Maid Orange Juice Company, General Telephone and Pinellas County Schools Administration Building where she worked for nearly two decades in the Media Services Department before retiring in the mid 1990’s. No matter the workplace, she was lauded for her warm personality and keen intellect.

Active in Daughters of Penelope, The Symian Society Taxiarchis, and a life-long member of St. Nicholas Greek Orthodox Cathedral, she proudly shared her love of Greek Culture and its traditions not only with her children and grandchildren but also with those who were interested in learning more about it. Her love of her Greek Orthodox Christian faith was equaled only by her love for her family.

She was always a fore-thinker, encouraging her husband Steve, a WWII Navy veteran to pursue the higher education he craved but of which he was apprehensive because he was so much older than the typical college student with whom he would share his classes. Because of her surety and confidence in him no matter his age, Steve graduated from the University of Tampa and became an educational and community leader both locally and nationally.  She was not the woman behind the man. She was the woman beside the man.

As an accomplished, graceful dancer of not only her beloved Greek Folk dances, she also brought poise and fluidity to her love of ballroom dancing. Esther could be seen swirling around the dance floor in her silhouetted, shimmering fashions and high heels until she was 85. She was always impeccable.

Most importantly, she will be remembered for her generosity, for her boundless energy and joy of life, for her support and understanding for her family and friends—the rock on which they leaned.  But above all, she was the definition of love.

She will be deeply missed. There will never be another like her.